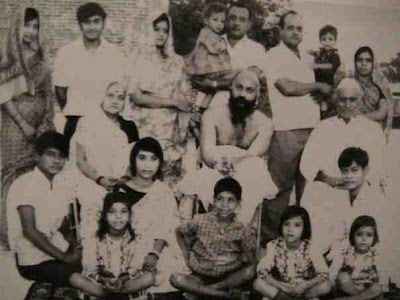 Osho has already resigned from the university as a professor. He is traveling around India conducting meditation camps and giving public discourses on open grounds to fifteen to twenty thousand people at a time. He is very fiery. He is roaring fearlessly like a lion, uprooting everything traditional in India. Bombay has become His main centre of work, through he is still staying in Jabalpur. On many occasions He is travelling by train from Jabalpur to Bombay and staying there as a guest in some friend’s home till He gets connecting flights for His destination. He is travelling the same way while going back to Jabalpur. Bombay friends are fortunate to meet Him very often.

Most of the time Osho was travelling alone before I met Him. After meeting Him, I never wanted to miss any opportunity of being with Him, and He allowed it. It is such a blessing to be responds to the different situations clearly shows His love and compassion towards existence.

The way He sits on the chair, as if the chair is a living being and he doesn’t want to hurt it, and when He gets up he looks at the chair with gratitude for making Him comfortable. Just walking, He walks so gently and gracefully, as if not to hurt the earth under His feet. He eats with such gratitude, which is so apparent in His eyes when He looks at the food. What to say about plants, animals and human beings? He is never in favour of pruning the plants, unless it is needed for their growth. He has to stop talking to friends in His garden because they start plucking the lawn while sitting there. Osho is against picking the flowers too.

Once I hear Him say, “You love your children--you don’t remove their heads, If you really love flowers you will never pick them. You murder them by picking them--it is a kind of violence towards flowers. Enjoy the beauty from a distance, but don’t try to possess it.”

At another occasion, He is looking out from the window towards the fields--it is evening time. Far away a man is shouting and hitting a cow with a stick. Osho says, “Look at that stupid man! The cow is going by herself, he is unnecessarily torturing her.” I can feel His compassion for the cow. I feel Him like a heavy cloud, full of water, showering His love on all those who come in contact with Him.

In one of the discourses I hear Him say, “I am a gardener: I go on throwing seeds all around, without even looking where they are landing. I have in abundance. When the right season comes, some of them will sprout and will become huge trees, full of flowers, spreading their fragrance and giving shadow to whoever passes under them.”
Posted by Dhyan Gagan at 9:18 PM