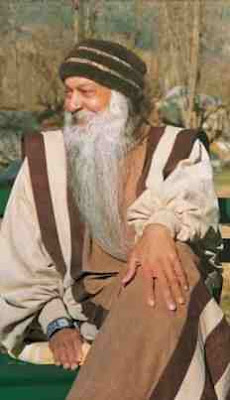 Osho : I have heard about one Mohammedan Sufi mystic. He used to sell small things in the village, and the people of that village became aware that he had no judgment. So they would take the things and give him false coins. He would accept them, because he would never say, ”This is wrong and this is right.” Sometimes they would take things from him and they would say, ”We have paid,” and he would not say, ”You have not paid.” He would say, ”Okay.” He would thank them.

Then from other villages also people started coming. This man was very good; you could take anything from his shop, you need not pay, or you could pay in false coins, and he accepted everything!

Then death came near to this old man. These were his last words: he looked at the sky and said, ”Allah, God, I have been accepting all kinds of coins, false ones also. I am also a false coin – don’t judge me. I have not judged your people, please don’t judge me.” And it is said that how can God judge such a person?

Jesus says, ”Judge ye not, so ye may not be judged.”

You have become one with it. So remember, morality is not religion. Rather, on the contrary, morality is one of the hindrances in gaining religion, just like immorality. Morality, immorality – both are hindrances. When you transcend both you have transcended the mind, the dual, the dualistic attitude.

Then the sage and the sinner have become one. Then you remain in your self, you don’t move to judge. And when you don’t judge, your mind cannot project: the mind projects through judgment.

Source: from book “Vedanta: Seven Steps to Samadhi” by Osho
Posted by Dhyan Gagan at 8:34 PM